Editorial: Top Five Games That Need to be on Nintendo 3DS 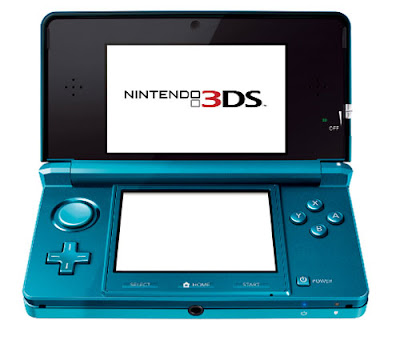 The Nintendo 3DS offers a lot of new features including a gyroscope, more processing power, enhanced connectivity, and of course, the 3D screen. There are many games that really can take advantage of all of these features. Nintendo has many franchises that are and can take advantage of all of these features. Here is my list of the top five Nintendo franchises and spinoffs that can really use the 3DS's unique capabilities to its advantage. This list only will not include games already announced by Nintendo.

5. Metroid Prime: Metroid Prime: Hunters on the original Nintendo DS was a smashing success. It really showed off the power of the original DS as well as that first person shooters can work with a stylus. Having a new Metroid Prime in 3D would be a stunning sight to see. Not only would the game look amazing but it could also sport an amazing online multiplayer experience, even better than the one on the original DS. Streetpass can also be used to swap stats.

4. Super Smash Bros.: This is one of the most popular Nintendo franchises. Super Smash Bros. Brawl was easily the most anticipated Wii game of the Wii's life cycle. Brawl delivered on many of its promises but one it struggled with was laggy online play, and sadly enough, the online multiplayer was the most demanded feature. Nintendo can change this with Nintendo 3DS. Some would say Smash Bros. is a party game which is more fun with everyone playing on the same screen. I think Smash Bros. would amazing things on the 3DS and finally get the online multiplayer right. Imagine stages that pop out of the screen or characters bouncing from one screen to another. A portable Smash Bros. game would be an amazing idea.

3. Super Mario Galaxy: No matter what, I'm sure the 3D Super Mario Bros. game Miyamoto is currently working on will look and play spectacularly but Super Mario Galaxy would be a native fit for 3D. The planets are all so far away and a sense of depth would add a lot to the gameplay. Whether it's the best of both Mario Galaxy games in 3D or an all new space adventure, there's no doubt this game was made to be in 3D.

2. WarioWare: There have been many installments of WarioWare in the past and I'm pretty surprised there is none for the 3DS launch window. It seemed like the DS and Wii versions of WarioWare were tech demos shown to show off the capabilities of touch and motion gameplay styles. 3DS has all of that as well as 3D capabilities. Imagine microgames where things pop out of the screen and into your face. Nintendo can really get away with being as gimmicky as they want while showing consumers what the 3DS is capable of. Maybe even building on the DIY aspect of the game would be cool.

1. Pokemon Snap: Honestly if there is one spinoff Nintendo fans want to revisit, it is Pokemon Snap. There have been hundreds of new Pokemon added since the game came out more than a decade ago. Seeing the environments in 3D would add so much to the realism of the game. Imagine seeing Pokemon in full 3D. Using the gyroscope to move the 3DS around would also make controlling the game a very realistic experience as you move your body to change the camera angle. Not to mention Streetpass and Spotpass can be used to share photos with friends and strangers.