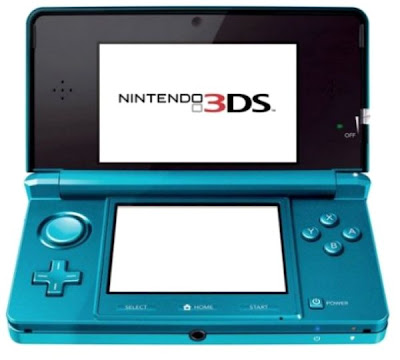 The day has finally come! Nintendo has revealed Nintendo 3DS launch details for the US. The Nintendo 3DS will come with the system, a charging cradle, six augmented reality cards, an adjustable stylus, a 2 GB SD card, and lots of pre loaded software such as a shooting minigame called Face Raiders, Mii Maker, a web browser, and much more. Nintendo also confirmed that you will be able to see 3D game trailers and play demos of retail games through Nintendo's online 3DS shop known as the Nintendo eShop. You can also purchase classic Game Boy games from the Virtual Console on the eShop as well as original titles. Additionally, those unhappy with friend codes will be happy to know that every user has only one friend code throughout all games.

Nintendo was not at all specific on which titles will be available on day one but they did show some of the 30 titles that will release between launch and E3 in June including Dead or Alive Dimensions, Super Street Fighter IV 3D (which will be out on day 1), Resident Evil: The Mercenaries 3D, Ridge Racer 3D, Madden NFL Football, Pro Evolution Soccer 2011, Lego Star Wars III: The Clone Wars, Nintendogs + Cats, Pilotwings Resort, Seel Diver, and many more.

Now for the important information which is date and price. Nintendo 3DS will launch in the US on March 27 for $249.99. Stay tuned to GamersCast for more information on the Nintendo 3DS.