Gears of War 3 Gets Delayed 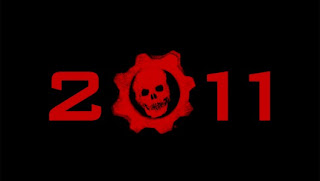 Microsoft announced today that the release of the highly anticipated Xbox 360 title Gears of War 3 has been delayed. The game originally intended to be released on April 5, 2011 has been moved for a release in Fall 2011. Unlike games like Portal 2, LittleBigPlanet 2, and Brink, the delay was not due to anything on the developer's side. The reason for the delay is because Microsoft wants Gears of War 3 to lead Microsoft's 2011 holiday lineup.

As they said in a statement this morning, "Gears of War 3 promises to be the biggest entertainment launch of 2011. The teams at Microsoft Game Studios and Epic Games have done great work thus far readying the title for release in the Spring of 2011. However, we've elected to move the launch of Gears of War 3 until Fall 2011 to make it the marquee title for the holiday season."

This is pretty rare for a game's date to be changed for marketing purposes but the decision makes perfect sense on Microsoft's part. With the releases of games such as Bulletstorm, Brink, Dead Space 2, Portal 2, LittleBigPlanet 2, Ghost Recon: Future Solider, Crysis 2, Marvel vs. Capcom 3: Fate of Two Worlds, Nintendo 3DS, and so much more, it is clear that the sales of Gears of War 3 would have suffered against all of this heavy competition. The game certainly would have been ready for a Spring release so now it is up to Epic Games and whether they want to use the extra time to polish Gears of War 3 even further or continue their current development cycle and lock away the game until its Fall release. I'm hoping for the former.