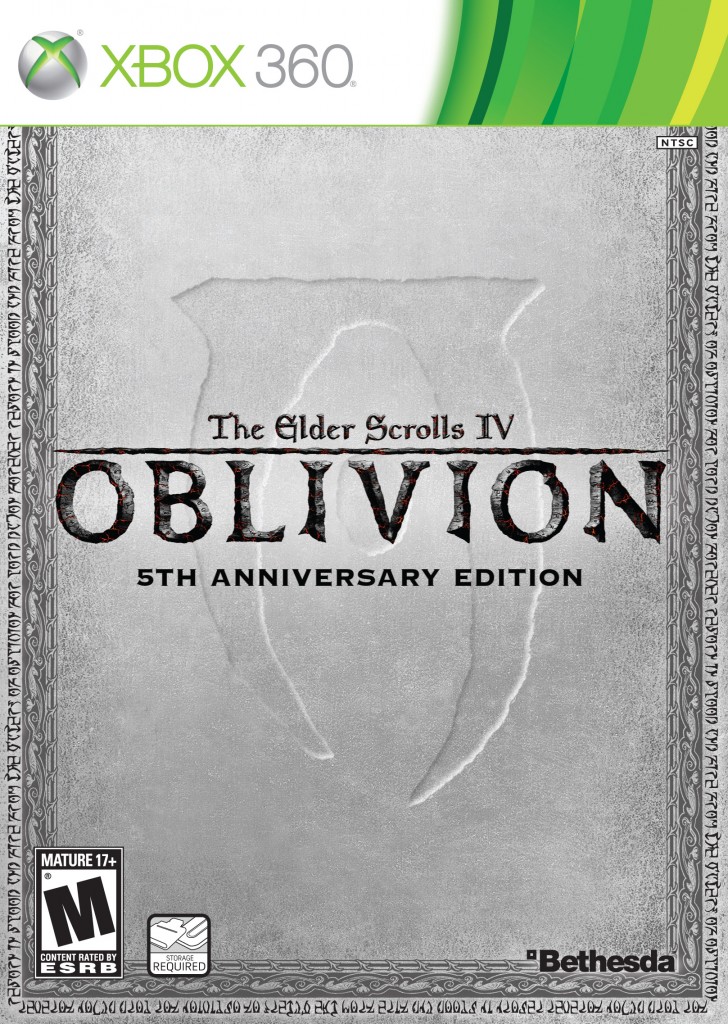 For those of you who follow me on YouTube, you probably still hate me for this past year's Oblivion April Fools prank. Well, recently I said that next year I would be making a walkthrough for Oblivion (as well as every other Bethesda Game Studios game). Only problem was, I recorded that April Fools prank back in January, and sold my copy of Oblivion right afterwards, because it was Amazon's "Trade-in Deal of the Day."

Well, now it looks like I have a second chance. I'm going to be double-dipping in Oblivion later this year when Bethesda releases The Elder Scrolls IV: Oblivion - 5 year anniversary edition.

This game will feature everything that came with the Game of the Year Edition of the Game (all the DLC) alongside some sweet new casing, a complete game map of Cyrodill and the Shivering Isles, a documentary on the making of Oblivion, and a $10 coupon off Skyrim.

You'll be getting all of this for an MSRP of $30. The game will be released on July 12th in North America. And will be available on Xbox 360, PS3, and PC. I more than likely will be picking up a copy on the release date and will be posting an unboxing video on my YouTube Channel.